Have you ever noticed the inverse correlation between the remaining mobile’s battery power, and how much you need the phone? Or the interdependence between the declining lines of the power indicator, and the distance to the nearest charging station? Is there a message here? Some divine meaning we fail to decode? After all, on some occasions, the phone just abruptly dies when you least expect it, while on other times, much like the Jewish miracle of Hanukkah, a single charge lasts a surprisingly longer number of hours. Is the physical universe playing a part in deciding which conversation we should continue by phone and which should be ended? Or is it all pure randomness, determined by how particles and charges respond to different conditions within the batter cell?
Ha… spiritual observations within the modern world can be so confusing…

Learned from: an observation during a chat on the topic with a friend 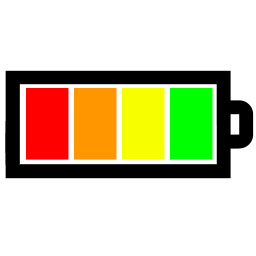 Ronen Divon had been walking spiritual and holistic paths for well over thirty years. Born in Israel, educated in New York, and currently residing in North Carolina, Ronen had traveled the world, spending time with teachers, masters, healers and guides. With wisdom that spans multiple traditions, including the Far East, India, Israel, Brazil, Peru, and Native America, Ronen remains a student, learning and adding modalities that will best serve his clients, each according to their own unique needs. Ronen is also a published author, a Yoga, Meditation, and Tai Chi instructor.
View all posts by Ronen →
This entry was posted in Life. Bookmark the permalink.