Thinking positive, one word at a time

How do you reckon a person that says, “Oh shit!” all day long, feels at the end of the day?
What may be someone’s perspective about life, if they methodically insert the “F” word into every single sentence they mutter?
And how confident is an individual that answers with a “whatever,” to just about anything?
Haaah… the power of words. Turns out a word is more than just a sum of sounds, intended at communication with others; it is also a way in which we send a clear and loud message directly into our own mind.

Please bear with me as I am about to make a quantum leap:
What is Yoga? The meaning of the word Yoga is union; union between the individual soul and the divine. The ancient sages realized that we are diverse individuals, and that a path for such a union may be quite different for each one of us. Thus the wise Rishis of the past, created various trails, each to match a certain personality type. Rather than insisting on fitting everyone into the same mold, all sorts of pathways were created.  Bhakti Yoga is for people of passion, for whom devotional service is an expression of who they are; Karma Yoga is for folks of action, who cannot stand still; and so on. Within these multiple options, a path was also created for individuals that favor spending much time in their mind. It is the way of Raja Yoga. Raja Yoga includes several limbs, among which is meditation; which brings me to the mantra.

A mantra is a word, a phrase or a sound that, traditionally, was given to spiritual aspirants by their guru. It is intended to serve as a focal point during contemplation. While preparing for a meditation class I am to teach this week, I had an insight related to the mantra. In ancient times these intonations were composed of chants aimed at invoking individual Gods. Why? Probably because, as mentioned above, the purpose of this practice was, according to Raja Yoga, uniting the individual with the divine. Thus by chanting God’s name(s,) and through the power of words, spoken and unspoken, that union was achieved. It was said that those who would chant, for example, the Hare Krishna mantra, may experience Lord Krishna dancing on their tongue.

Considering the above, how does the mantra “Shit,” or “Screw that,” or even “Whatever,” fits the bill? Hmm… Much had been said about the power of positive thinking. I must admit that I have tried it for a while (remember that gimmick of a book called The Secret?…) and didn’t see much of a benefit to it. Who knows, maybe I didn’t try hard enough… Yet, recently, through a chat with a friend related to some hush-hush project I am involved with at work, I encountered the idea of “Word of the Day.” I have been practicing it for some time, and find it very helpful.

Every morning, shortly after I wake up, I elect my positive word of the day. Some examples include Joy, Happiness, Fulfillment, Beautiful, Relaxed; whatever that fills right for the moment, and further represents how I want my day to unfold. Whatever happens in the hours that follow, I come back to that word; it is my anchor; my safe harbor, whether over troubled waters, or in-between passing storms… I repeat it quietly in my mind, as well as saying it aloud. It is my mantra; one I can chant without a need to sit in a meditative pose, submit to a guru or follow a particular religion.

There are more layers to this practice, ones I am still in the process of unearthing. But none are critical for getting started with this exercise. One such layer is to add touch. In the Hindu style of meditation, the practitioner uses mala beads, only that here there is no need for a Rosary of any sort. We can, for example, whenever repeating the positive daily anchor word, caress our forearm several times. It seems that gentle tactile sensory, adds much to the anchoring effect.

While I cannot state that due to this practice I now spend my days in eternal bliss, it still seemed to me, by far, better than spending it surrounded by curse words. No Shit. 🙂
Peace.

Learned from: a chat with a friend, preparing for a meditation event, and just trying things out.

p.s. If you give this practice a try and find it helpful, please share with others you believe may benefit from it. 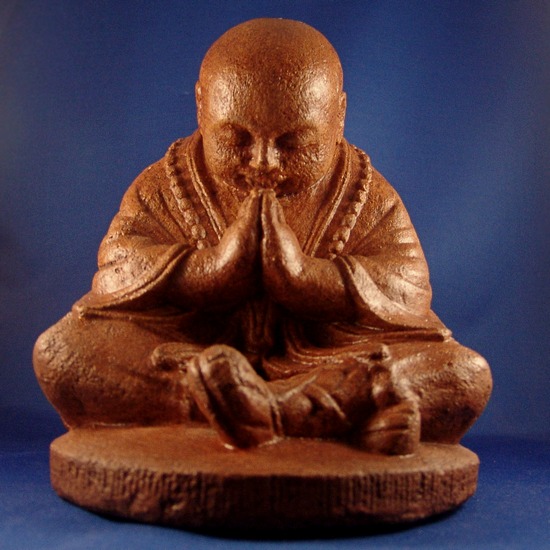 Ronen Divon had been walking spiritual and holistic paths for well over thirty years. Born in Israel, educated in New York, and currently residing in North Carolina, Ronen had traveled the world, spending time with teachers, masters, healers and guides. With wisdom that spans multiple traditions, including the Far East, India, Israel, Brazil, Peru, and Native America, Ronen remains a student, learning and adding modalities that will best serve his clients, each according to their own unique needs. Ronen is also a published author, a Yoga, Meditation, and Tai Chi instructor.
View all posts by Ronen →
This entry was posted in Life, Meditation, Mind-Body, Philosophy, Spirit, Yoga and Tai Chi and tagged anchor, bad words, chant, curse, focus, good words, inspiration, meditation, path, peaceful, positive thinking, practice, set of mind, word of the day, words, yoga. Bookmark the permalink.