A reason to panic

Earlier this week I went to get a flu shot. Yeah, I am one of those guys, who, despite being green, yogi, and mostly vegan, do not subscribe to the conspiracy theory about vaccinations… But that is another story for a separate blog post. At any rate, driving to the doctor’s office, I heard over the radio a news piece about an Ebola vaccination that, given the outbreak, is being fast-tracked through testing.
Once the nurse pulled the needle out of my upper arm, I felt safe enough to distract her. Curious, I inquired, “Anyone yet asked for an Ebola vaccine?” I know it will be a while before such vaccination will be approved, and even then, it would be offered only at infected areas and to people working in the field, but my interest was resting elsewhere. “Just a handful,” she replied smiling, and went on to explain the slim chances of contracting Ebola in our region. “Right,” I agreed, “I am not really interested in that vaccine but rather in people’s response to the news that such a vaccine exists.” My interest is in the working of the human mind.

Give us a reason to panic. Just a few months ago, Ebola was an exotic name, used in disaster movies and, possibly, sounding like something out of a fancy Russian restaurant menu. Then the virus became nothing more than a problem of another continent, much like at the start of the current Middle Eastern conflict with ISIS — before the murderous group started beheading Westerners during prime-time. Now Ebola is suddenly making an appearance in New York of all places. What a chutzpah! Doesn’t matter what are the chances of contracting it, this bugger is now on our radar, upgraded from remote to imminent to immediate threat.

It occurred to me that the only good thing about this recent unwelcome guest, is that while Ebola was constrained to Africa, though efforts were made to find a cure, or at least a vaccine, it was not a subject for any serious public pressure. Now it is. Thus, those poor sods, all the way across the ocean, may stand a better chance when, at current, this unfriendly virus is perceived, despite the CDC’s denials, as a USA problem.

On the other hand, if we know anything about human nature, the Western world governments can use a whole different strategy to relax us, the public, about Ebola; after all, they know all too well how easily we panic. Since there is a limit to how many different things we can fright about all at once, we, humans, must prioritize our fears. To do that we use primal instincts that include an instant evaluation of the immediacy of the threat. Remember Weapons of Mass Destruction? The smart campaign strategy, successfully deployed by Bush to win the elections? All the government needs to do is leak to the news a buzz about some imminent terror plot to take place on American soil, and wait. It is likely public focus will instantly shift from Ebola to checking for suspicious characters on the subway, and reporting left-behind bags. Haaa!… humans, we are, as Prof. Dan Ariely so eloquently phrased it, predictably irrational…

p.s. now, if that nurse at my doctor’s office, the one who gave me the flu shot earlier this week, would have been a little more business-minded, she would have answered my question about the Ebola vaccine with, “Why? Want one? How much are you willing to pay?” and then proceeded to taking my money, under the table of course, injecting me with a second flu shot…

Learned from: a news report on the radio and a flu shot 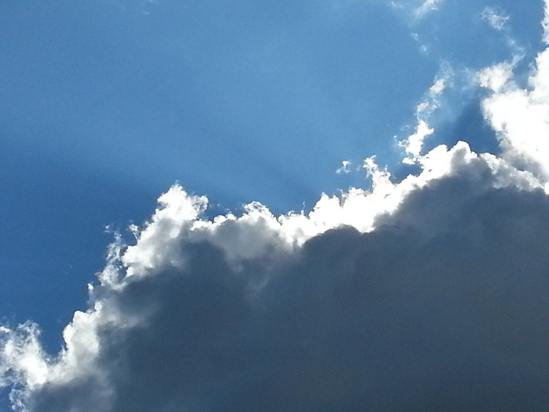 Ronen Divon had been walking spiritual and holistic paths for well over thirty years. Born in Israel, educated in New York, and currently residing in North Carolina, Ronen had traveled the world, spending time with teachers, masters, healers and guides. With wisdom that spans multiple traditions, including the Far East, India, Israel, Brazil, Peru, and Native America, Ronen remains a student, learning and adding modalities that will best serve his clients, each according to their own unique needs. Ronen is also a published author, a Yoga, Meditation, and Tai Chi instructor.
View all posts by Ronen →
This entry was posted in Life, Society and tagged cure, distract, distraction, ebola, evaluate, fear, focus, human, irrational, mind, news, panic, predictable, primal, threat, vaccination, vaccine. Bookmark the permalink.