Not Shaolin material after all

Even long before I had a chance to catch up on DVD with the famous 1970s TV series Kung Fu, resilience tests intrigued me; be it trials for becoming a navy seal, an Israeli Air Force combat pilot, or a member of an elite deadly Ninja society. Stories about tough military warriors who, single-handedly, won a war, comic books heroes that, through their will power combined with a little bit of stardust magic, became super humans, and, of course, tales of courageous Wild West lone riders style John Wayne and Clint Eastwood, all had their part if making me want to become the stuff legends are made of. That is, until I encountered, albeit at the lovely age of my late forties into my fifties, the early morning temperatures of a New York winter.

With numbers in the single digits – that is, by the way, in Fahrenheit, for my friends reading this blog from a country that uses the more logical Metric system, i.e. that would be about minus fifteen in Celsius, plus the wind factor (*), making it feel more like waaaay below zero (that too is zero in Fahrenheit,) thus, with such weather, going out to practice Tai Chi on a frozen Saturday morning at the park, I was giving second thoughts to that tough hero image, realizing that nope, I am not Shaolin material after all. That is not to say I have zero tolerance, and maybe, just maybe, when I was a little younger I would have braved the cold, but alas, no more.

Still, not to write myself completely off as a wimp, I should mention that during the extremely cold winter of 2014, I did go ice-diving with my buddies in North Michigan. I was still whining about the cold but did it all the same. And I did hike the Chilean W trail leading to the Torres del Paine (that’s a challenging climb.) I was carrying a backpack that, unfortunately, was ill-fitted, resulting in excruciating pain in my shoulders. Round and about, back home in New York, while taking the backpack apart for cleaning, I found out that I could have easily adjusted the backpack via some inner settings and probably avoided the suffering. I did also endured close to four straight hours on a dental surgeon chair, undergoing massive treatment that included multiple teeth pulling, all with hardly moving a muscle, (Yoga breathing techniques came out to be very handy that day…)

Thus, in conclusion, there are three main reasons for standing trial. Actually there is only one that comes in three different flavors. The first is plain stupidity. It is possible we go through an endurance test simply because we don’t realize there may be an easier, less painful way of doing it (case at hand, my backpack incident mentioned above.) Another flavor is to prove a point, e.g. I am a man, and sure as hell I can do it – just watch me! In retrospect, that is actually a private case of the stupidity flavor. And finally, there is the true reason of it all; as one of my clients, a personal trainer, likes to tell his athletes: how bad do you really want it? When we want something very much we may be ready to go through hell to get it. Just ask Eurydice. Otherwise, on a superbly cold Saturday morning, we rather stay under the covers. Me? So long as its above 32 degrees Fahrenheit, with a low wind factor, you will be finding me practicing Tai Chi in the park. 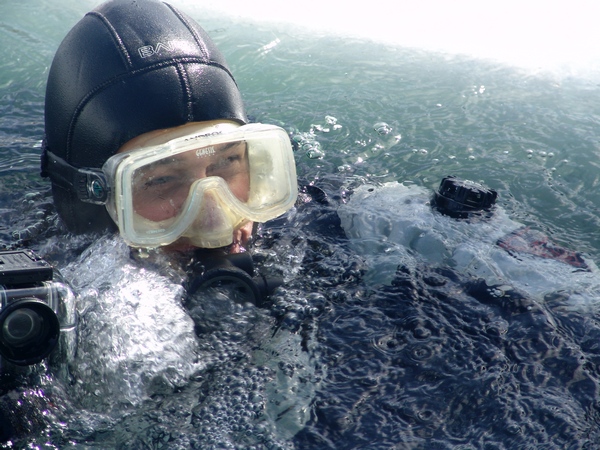 Ronen Divon had been walking spiritual and holistic paths for well over thirty years. Born in Israel, educated in New York, and currently residing in North Carolina, Ronen had traveled the world, spending time with teachers, masters, healers and guides. With wisdom that spans multiple traditions, including the Far East, India, Israel, Brazil, Peru, and Native America, Ronen remains a student, learning and adding modalities that will best serve his clients, each according to their own unique needs. Ronen is also a published author, a Yoga, Meditation, and Tai Chi instructor.
View all posts by Ronen →
This entry was posted in Hobbies, Life, Mind-Body, Nature, Spirit, Yoga and Tai Chi and tagged combat, comics, endurance, endure, hero, kung fu, passion, Shaolin, super powers, tests, tough, trials, want, wild west. Bookmark the permalink.