A Customer For Life

A half century ago, or so the story goes, a wealthy European fellow purchased a Rolls-Royce. Some time later, while traveling through the Swiss Alps, his car broke down. Luckily for him this happened by a small village; luckily because in those days, years before cellular phones were invented, this story could have had a very different ending. At any rate, our fellow was directed to the village mechanic who, upon close inspection of the car, determined that the crankshaft was fractured. There was nothing the mechanic could do about it as replacing a crankshaft is a heavy-duty sort of job; not something a small shop in a remote Swiss village can handle. Making a long-distance call (that was how calls to other countries used to be named in those days — boy this sure makes me feel old…) the car owner phoned Rolls-Royce headquarters in the UK and described the situation. The following morning a helicopter arrived at the village. It carried a small team of Rolls-Royce technicians and plenty of spare parts as well as other necessary equipment. The team worked on the car all day long and by the time they left, late in the evening, the car was fully operational again; as if nothing ever happened. Our protagonist continued in his journey. Returning back home he expected a bill from Rolls-Royce for the repair. None ever arrived. As an honest consumer, this European man phoned Rolls-Royce yet again and asked when can he expect a bill. “What bill?” came the answer. “For the repair of my broken down Rolls-Royce,” replied our fellow utterly surprised. “That cannot be,” said the rep, “Rolls-Royces never break. Good day Sir,” and with that he terminated the call.

What makes a brand? What does it take to walk the extra mile? Granted, today the notion of the customer is always right is all but gone. And the fault is not only with the businesses who try to save a dime but also with us, the consumers, who took to lying and cheating to get a better bargain. Trust? Handshake? These remain relics of a long forgotten past. But still, what makes a brand other than the millions of dollars companies such as Nike and Coke spend annually in advertising?

While the above Rolls-Royce story may or may not have happened (after all, Rolls-Royce will deny it…) here is another tale, one I can vouch for, that took place a mere twenty years ago. My wife was traveling on business to Europe. She happened to fly Virgin Atlantic. On the way back, waiting to board the flight to New York, the passengers were told there would be a short delay due to a mechanical problem with the aircraft. Thirty minutes lingered into two hours, then four, then six. The problem was ultimately fixed and the tired passengers, all of whom, by the way, while waiting, received vouchers to go buy food, finally boarded the flight. Upon arriving in JFK, when the doors of the airplane opened, the passengers found no one else but Richard Branson, co-founder of Virgin Atlantic, standing there waiting. He apologized to each and every passenger personally. Additionally, the wayfarers also received a discount certificate good towards their next flight. Here is a guy, Richard Branson that is, who took an unfortunate situation and turned it around. If he was not to do what he did, he would have had over two hundred disgruntled passengers telling their co-workers, family members and friends that Virgin sucks. Instead, he created single-handedly hundreds of Virgin Atlantic ambassadors who told everyone they knew “yes, the flight was delayed but it was because Virgin is very conscious of our safety. We were treated well and guess who was at the gate to apologize in person?” Will they fly Virgin again? You Betcha. How effective was Branson action? I am the proof – over twenty years had passed and I still remember the story. And I wasn’t even there in person. What did it cost Virgin? Very little compared with how this turned a bad situation into an advantageous one.

I wish I had many more such stories to share but unfortunately these seem to be few and far between. Recently I purchase an anything but inexpensive pair of Oakley sunglasses. I enjoyed it for a couple of months before, while hiking one sunny day, a lens fell off. Hard as I tried, I was unable to recover it. I called my optometrist and asked what I can do. She said Oakley is notorious when it comes to serving their vendors but she will give them a call. She did but came back empty handed. She suggested I try calling them myself as they may be more lenient with their end-consumers. After spending a good twenty plus minutes on the phone with the Oakley rep who insisted that their warranty does not allow for me to send glasses with one lens missing, he agreed to let me send it anyhow and they will consider. My explaining the circumstances – that I wish I had the missing lens but it fell in a place that was irretrievable, didn’t seem to matter. About three to four weeks later I received a call from Oakley denying my request. The best they can do, I was told, is to send me a replacement lens for eighty dollars. This is, mind you, for a pair that cost about a hundred and twenty dollars. Really? What would had it cost Oakley to do the right thing and gain a customer for life? Someone who will praise them rather than now warn anyone he knows and their brother to shy away from a brand that is all about take the money and run?

p.s. I did end up getting another paid of sunglasses — H3O polarized shades. For less than half the price it comes with 3 sets of lenses. Good quality and, so I heard from the friend who recommended them, good customer service.

Learned from: reflections on feeling being mistreated by Oakley. 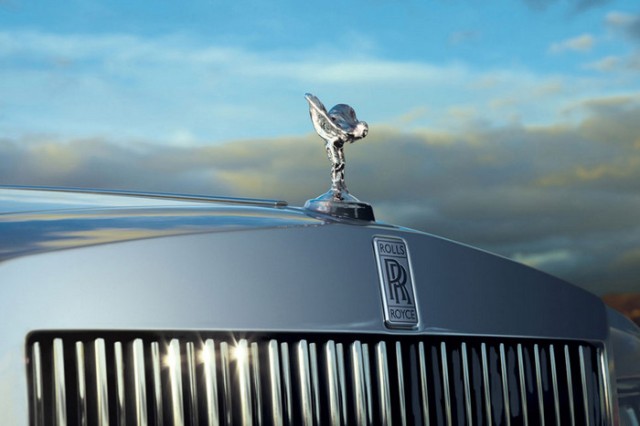 Ronen Divon had been walking spiritual and holistic paths for well over thirty years. Born in Israel, educated in New York, and currently residing in North Carolina, Ronen had traveled the world, spending time with teachers, masters, healers and guides. With wisdom that spans multiple traditions, including the Far East, India, Israel, Brazil, Peru, and Native America, Ronen remains a student, learning and adding modalities that will best serve his clients, each according to their own unique needs. Ronen is also a published author, a Yoga, Meditation, and Tai Chi instructor.
View all posts by Ronen →
This entry was posted in Business, Life and tagged brand, care, customer service, do the right thing, good business, HO3, long term, marketing, Oakley, retention, rolls-royce, sunglasses, Virgin Atlantic. Bookmark the permalink.

1 Response to A Customer For Life