In the name of…

It had been my observation that, we, humans, when we want to claim something that cannot be otherwise justified or proved, tend to recruit to our aid, just about anyone and anything. It’s a curious, although not unpredictable, trait. In the name of love people inflict pain, conquer and kill. From Helen of Troy to the dismemberment of John Wayne Bobbitt, 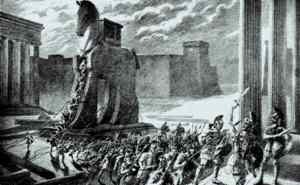 history is filled with so called crimes of passion. Some countries even allowed that by law, either due to religious dogma (most notably Sharia law related to infidelity,) inequality related to women’s rights, or by culture tolerance, as was the case with the Napoleon Code in France. But can violence and love be mentioned in the same breath? Isn’t love-driven passion a romanticized expression for simple jealousy and a need to own? Avoiding the ugliness of this reality, the person whose feeling get hurt, announces “in the name of love!” and goes on to carry out a crime.

Of course, love is but one of many such causes. For Country is another favorite call. We rise to wage war in the name of patriotism; the fools that we are. How often have corrupt political leaders pulled their nation to war out of personal gain? Whether it was to directly profit, or to distract the masses from the incompetence of its officials, loyal citizens paid with their lives; all in the name of country. And no, this is not to say that a country doesn’t have the right to defend itself. 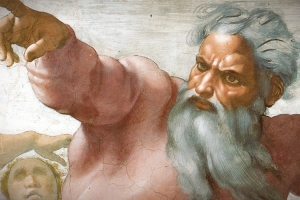 And then there is God, likely the ultimate of all causes. How easy it is to evoke the One for, well, just about anything. We create God in our image (not the other way around,) and thus we can mold him into whatever cause that best serves us. After all, if there was indeed only one rightful religion to claim God on its side, things would have been settled a long time ago. By the way, my sincere apologies if I offend anyone; I do not believe in God in the religious sense. I do believe, by choice which is what belief is all about, in a concept that can be called God, but for me the Divine is the way of the universe, both in forms visible and concealed. But I am digressing. The existence of the almighty aside, under the one name such large crimes were committed that no God in his rightful mind would have ever allowed it, let alone forgave the wrongdoers for their deeds, and more so, under His name.

So what is it with the need to evoke names and causes? Why can’t a lover simply tell the beloved, I love you and your behavior makes me feel hurt. Why do we, in the name of love, pull a knife, a gun, a wooden horse? Maybe we act that way when we can reason no longer and still wish to find a justification. So poor is the condition of our mind, mine included, that it resort to the irrational, infantile manner of action.

And now, in the name of keeping this post’s length manageable, I will end it here. See? That was easy…

Learned from: a reflection about how a guru I followed years ago, manipulate his followers into serving him, disguising it as a service for the divine.

Ronen Divon had been walking spiritual and holistic paths for well over thirty years. Born in Israel, educated in New York, and currently residing in North Carolina, Ronen had traveled the world, spending time with teachers, masters, healers and guides. With wisdom that spans multiple traditions, including the Far East, India, Israel, Brazil, Peru, and Native America, Ronen remains a student, learning and adding modalities that will best serve his clients, each according to their own unique needs. Ronen is also a published author, a Yoga, Meditation, and Tai Chi instructor.
View all posts by Ronen →
This entry was posted in Life, Relationships, Society. Bookmark the permalink.