Let the Shaman Back In

While visiting a Tibetan-Himalayan store at my hometown, I had a chat with one of the shop’s owners. I mentioned to her my interest in Shamanism, and inquired as to the role such Medicine Men play in the society she came from. She told me she grew up in a refugee camp in Nepal. The nearest hospital was hours away, and thus the Shamans in the camp took care of illnesses, as well as matters of the spirit. She said that she can testify first-hand to Shamans helping a person heal from kidney stones, and how a Shaman, after several days of intensive work, cured a man that was bitten by a rabid dog.

Remember the days scientists, alchemists and astronomers were persecuted; chased off to hide in cellars for the fear of their lives? Aside of reading about it, we no longer know much of those dark times. We were born into an age that celebrates science and technology. We are people that want to develop artificial intelligence, aspires to populate the stars.

Yet, there were those medieval years, when religious institutions, thirsty for power, would have none of that. Curiously, it all seems to go in cycles. Those same institutions, before transforming into the behemoths they came to be, were cults persecuted by the religion that was the flavor of the day; be it Judaism, Christianity or Islam. It seems that whomever comes to power, does to its inferiors what they did not wish upon themselves. But I am digressing.

Let’s go back, reverse the wheel of time, and travel into the past; way, way back.

Our forefathers, some of which still believed the Earth to be flat, (whose descendants, or at least some of them, apparently, still believe today in the Flat Earth theory…) knew nothing of  Einstein’s theory of relativity, let alone iPhone 7. During those long-forgotten days, Shamans and Medicine Men had a role in their societies; be it a tribe or a village. They were held in high-respect as the communicators of divine and mysterious wisdom. Such men were consultants to anyone in need; a simple villager who had a feud with his neighbor, or the chief of the tribe, deciding whether to wage a war with a another nation. These occultists, if to expand their defined range, were considered holy rather than lunatic; their insights drawn from celestial mysticism. Some were frauds; no less frauds than the bulk of today’s politicians, but many were not. They had a talent, a gift of connecting with an astral plane and receiving answers to difficult questions. What happened with these people?

Organized religion and modern science drove them away as they were considered a threat to those in power. We discarded them as yesterday’s news; a fad we no longer had use for. Surely my Rabbi, Priest or Doctor have the correct answer; and if not them, there’s always Google… In our rush to make progress and shed off old superstitions, we did ourselves injustice and, to rephrase a corny idiom, threw the shaman with the bathwater. With that, we lost an important means of communication with a different plane of existence, the astral, the celestial; a realm that faithfully guided us, humans, during our earlier years as a specie. We felt like we grew out of that infantile phase of believing in tales. Yet, as Joseph Campbell would have surely told us, the myths are who we are. Our wisdom does not come from building spaceships; that is knowledge. Our wisdom comes intuition which draws, in turn, from another realm.

Shamanism still exists today, mostly in remote tribes and in cultures we consider backwards. While we struggle to find a higher-meaning to what we can do with all our amazing achievements, our technology, our knowledge – stored in terabytes out there in cyberspace, it may be time to open the door and let the Medicine Men back in. Ultimately, we are all Shamans, even if many of us did not yet realize it.

Learned from: a chat with a woman in a store, and reflections on technology and the loss of meaning. 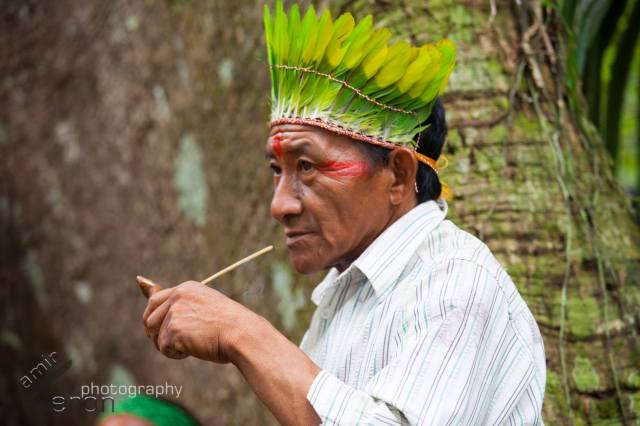 Ronen Divon had been walking spiritual and holistic paths for well over thirty years. Born in Israel, educated in New York, and currently residing in North Carolina, Ronen had traveled the world, spending time with teachers, masters, healers and guides. With wisdom that spans multiple traditions, including the Far East, India, Israel, Brazil, Peru, and Native America, Ronen remains a student, learning and adding modalities that will best serve his clients, each according to their own unique needs. Ronen is also a published author, a Yoga, Meditation, and Tai Chi instructor.
View all posts by Ronen →
This entry was posted in Life, Philosophy, Society, Spirit, Teaching and tagged alcemist, Astral, insights, meaning, Medicine man, science, Shaman, Shamanism, society, wisdom. Bookmark the permalink.